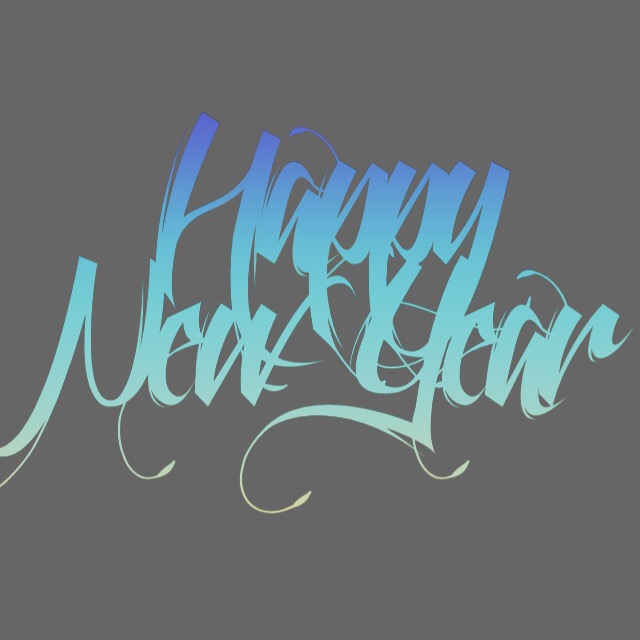 So another new year is upon us, an annual point for people to reflect on their lives and think of ways to make this next 12 months better than the last. A year is a significant period of time, and it is a unit of time, where a person can evaluate how they have done. And anything they didn’t do, they may want to create ‘resolutions’, to help them achieve what they want over the course of the next 12 months.

Of course, everyone should live their lives making today better than yesterday. Change can happen at any day, not just at New Year. Most people make resolutions fail, so a lot see it as a waste of time. I feel like people could fail if they don’t really ‘believe’ in what they are doing. When I was at school there was a bit of a pressure to invent a goal, to try and achieve something in the year. But if you didn’t really want to do what you said, there was no real push to do it. And I believe that this thing of ‘making resolutions’ that you don’t really want to, means people do fail. Some people see this year after year, and then call out resolutions as a waste of time. Which I guess could be true for some people.

Personally, other than writing a resolution when I was at Primary School, I have never been a fan of the whole ‘new year, new me’ stuff. It just seemed like a waste of time. But this year I am thinking slightly differently. 2014 was a bad mental health year for me. I struggled really badly with anxiety, and I reacted by shutting myself away from people. I refused to go on nights out because I didn’t want to be that person who drags a whole night down. So I didn’t bother going out. And then I hated myself for being so weak. It doesn’t sound like much, but I spent the best part of the year not liking myself. So, I am very relieved to shut the door on 2014, and look to make 2015 a bit better. And I have made some aims that I’d like to try for the year.

I’d like to work out a writing/vlogging/drawing routine and stick to them. I need to work on letting my frustrations out, so that they don’t wear me down, and i do that best by creating something. Food. I need a better relationship with food, and I need to stick to vegetarianism better. I don’t like the idea of something dying for me to eat it, but I like the taste. So I hope to find new tastes, that maybe fit my morals, and still taste good. I also would like to be more organised. I am very much a ‘throw everything on the floor’ kind of girl, and that means I lose everything. I can’t live with a messy kitchen, but my room can easily look like a bombs gone off. Learn how to love ‘me’. I am my own worst enemy and it needs to stop.

But that’s it. Just a few things that I feel would help me function better as the person I want to be. I have always had this idea of what I should be like, and I end up being down on myself on not being this hypothetical person. Which no one should be like towards themselves. But hey, enough with the negativity. Let’s lock that away with last year, and look ahead to a happier 2015.

I hope all my readers have an amazing 2015. And I wish you all the luck in the world for anything that you want to achieve.